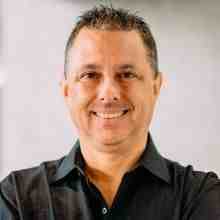 scotttolchin
This email address is being protected from spambots. You need JavaScript enabled to view it.

Scott Tolchin is one of the first 100 Certified Havening Techniques Practitioners worldwide!

“This is an exciting time to be involved in change work.  Because of new methodologies like Havening Techniques, it is now possible to facilitate and effect rapid and lasting change in people’s lives with minimal concentration on the past.  We now have the ability to offer people a “safe haven” from their pain, effectively liberating them and helping them to move forward in their lives with a newfound sense of self-confidence and optimism.” ~ Scott Tolchin

View Video Disclaimer
Havening Loss and Trauma for Physical and Emotional Relief
Havening a woman who narrowly escaped being struck by a car while with her husband 25 years ago. Tragically, her husband was killed and she was present on the scene moments after the incident. Additionally, due to her line of work she has had to view numerous accident scenes resulting in further traumatization and the manifestation of chronic back pain, incessant worrying, confusion, and a need to be overly controlling, which was having a detrimental effect on a current relationship. This session starts with Event Havening and then moves on to Transpirational Havening. Notice how shortly after chanting the word "release" I ask her if she is can change the word "released". This suggests to her subconscious that all of her stored up stress has already been released, and her mind-body quickly follows with an emotional release in the form of a sigh and a physical release of the tension stored in he back. I also was able to utilize her own words "It's okay" and "Give it to God" to suggest that she no longer needed to try to maintain control over every aspect of her life and that she could "Give it to God". Once she was able to give it to God she was free. To finish the session I asked if she had a pleasant memory of her and her brother that we could use to replace the traumatic image of her brother from the accident. Bringing that pleasant image and memory to mind while I applied Havening Touch® assured that from this point on, when she thinks of her brother, the first image that will pop into her mind will be the pleasant one.
Self-Applied Havening Touch® to Soothe the Stress of Hurricane Irma and Other Natural Disasters
Introductory video by Scott Tolchin - Life Coach and Healer to help those emotionally impacted by Hurricane Irma. In this short video, Scott shows you how you can use Self-Applied Havening Touch® to calm the mind and body during the storm and beyond.

Fear of Driving on Highways

"Scott Tolchin helped me overcome my fear of driving on the highway with his Havening Techniques. Out of the blue I developed a severe case of anxiety whenever I thought about driving on the highway. This went on for about a year. I hid it from most people and found every excuse to not drive or take the side roads if I needed to drive somewhere that I normally would have taken the highway to get to. When I realized that this had become a severe problem that I needed to overcome, Scott helped me do it! I live in Florida and we skyped several Havening sessions. In between the sessions I practiced driving a bit more on the highway each week. I now am able to drive wherever I need to go without worrying about finding side roads to get me there! I have my life back!
Thank you Scott!" ~ Ilene Rand, FL
Read more

6 Year Phobia of Driving on Highways and Crossing Streets

Scott Tolchin is an incredible coach. I contacted him because I wanted to overcome 2 long-term phobias I had of driving on highways and walking across large intersections following a traumatic knee injury 6 years prior. Not only did he help to cure me of both these phobias in a relatively short amount of time, but he did so much more than that. We decided to go back to the root cause of my phobias (the original childhood wounds), and we worked from the ground floor up. Because we were Skyping between 2 different states, he taught me how to self-haven, a technique that was hugely impactful and healing! Scott masterfully assisted me in facing my pain and conquering my fears, until all that was left was love. I grew to love and understand myself much more deeply, and this love extended to my husband, my son and my life as a whole. By releasing the energy that was stuck inside me from these phobias and childhood wounds, I gained access to wonderful parts of myself that had previously been repressed. Now I feel so much more whole, vibrant and alive like I’m living at full capacity rather than some percentage of myself. I also have a powerful tool that I can use (havening) whenever I need it. I have Scott to thank for this.

Scott created a safe and sacred space for me to do my inner work. He’s easy to talk to, patient, nonjudgmental, a skilled and compassionate listener, and a highly effective guide. Scott is flexible and responsive to the needs of his clients, able to switch gears when necessary. He was gentle when needed, pushed me when needed, and always saw the best in me. He is genuinely dedicated to the well-being of his clients, willing to go the extra mile to give good solid support and encouragement. He often went way beyond the call of duty, generously giving of his time and energy in between sessions when needed. I feel truly blessed by our work together.

I would like to thank Scott Tolchin for using and teaching me the Havening Technique. Meeting with him a few times has helped transform my life. Before I met with Scott I was experiencing difficulty sleeping. However he taught me that by a simple touch of the hands, upper arms, and face, it helped to alter my thoughts and mood. I learned that I could apply havening to myself and be pro-active with my health. Thanks to Scott I have found Havening to be an extremely powerful new tool, which I believe everyone should have access too.

"Scott Tolchin is a wonderful coach. He seems to always have a brilliant technique or the perfect words to help rid the body of all its negativity. No matter what you may be going through, it is never too big for him to handle. His completely unique scientific approach is extremely effective, but what really makes his sessions special and unique is Scott himself. The energy, compassion, and love he gives to you in a session are enough for a lifetime. You feel safe, secure, and above all else, loved. The fire inside him is what opens up your mind to allowing his methods to work. For me personally, trust does not come easy. In my life, I always found it difficult to trust, but from the first time I met Scott, something about him made me feel secure and I knew he was someone I could trust whole-heartedly. My life has changed for the better, and I am a better person for having known Scott, as well as having him as a coach. Scott has the ability to not just hear your problems, but he chooses to take them on as his own, and share in whatever feelings you may feel so that he can fully work with us, not on us. I could not more highly recommend Scott, but not just for what he does, but more importantly for the person, he is. He changed my life, and I am a much better person for it." - Chris P. from Mineola, NY
Read more

Please be advised that the videos presented here are educational in nature and are being provided only as general information and they are not to be considered medical or psychological advice or treatment. Further, they do not constitute a warranty, guarantee, or predication regarding the outcome of an individual using The Havening Techniques® for any particular problem or issue.

While we can’t guarantee any specific results and the following testimonials do not constitute a warranty or prediction regarding the outcome of an individual using the Havening Techniques® services for any particular issue, individuals have reported positive experiences.